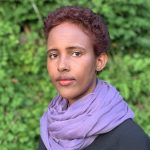 Saida was born and raised in Somalia and moved to the United States in her mid-teens. She is a writer currently at work on an autobiographical young-adult novel and finds her personal experiences to be instrumental in exploring life and the realities of being a refugee and Muslim in America.

She has previously worked in linguistic and healthcare access in various capacities, and she’s a current RVC Community Impact Fellow based at RVC where she will manage communications.

One of Saida’s favorite quotes is Nelson Mandela’s, “For to be free is not merely to cast off one’s chains, but to live in a way that respects and enhances the freedom of others.” 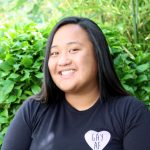 Ashley Escobar (they/she)
All Girl Everything Ultimate Program (AGE UP)

Ash grew up in Rainier Beach in Seattle and continues to work with the Southend community through their work with AGEUP. They have been involved in the ultimate frisbee community for 10 years as a team member, a coach, and a program leader. They are proud of their identity as a queer Filipina and are deeply committed in claiming this identity while working with youth, in growing their own leadership skill, and in their life in general, as a way to give back to the same community that has raised them.

Their favorite activity is spending time with their ‘son’ Akira — a goofy German shepherd. They can also be found playing ultimate with their team, END — Empowered N’ Decolonized. 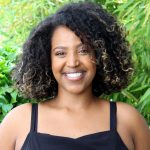 Bilen Eshetu is an Ethiopian-born, unapologetically Blackity-Black woman.  Although, she is now passionately a Seattleite, her childhood years were spent living in places like Czechoslovakia, Bulgaria, and the Netherlands. After dedicating the past seven years to her two awesome kids and husband of eight years, Bilen is now focusing on committing herself to the advancement of her South Seattle community.

Following her term as the founding President of Rainier View PTSA, she now sits on the board of Seattle Council PTSA as its Southeast Area Director.  Her work focuses on capacity building for people of color and family engagement. She is raising awareness on the impacts of child-abuse by facilitating workshops on positive-discipline methods and restorative practices for the Ethiopian community in Seattle.

Bilen’s ultimate dream is to open a retail store that sells only Black-owned products in every Black community, globally. 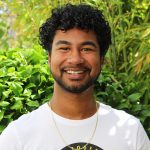 As a native, Black male raised up in the South End of Seattle, Justin is all about challenging toxic masculinity and embracing vulnerability in all aspects of his life and work. His passions are rooted in community-building and empowering youth of color in areas that they have been historically disempowered and oppressed. He brings this passion to AGE UP by fostering conversations that redefine masculinity and empowering young boys through the intersection of sports to take agency in their cultivated identity.

In his free time, Justin finds joy in spending time with his friends and family. You can catch him making dope playlists and dominating on the field with his ultimate team, SOUF — Strictly Only Us Fam. 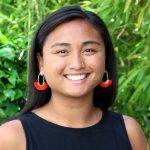 Ari was born and raised on Beacon Hill, where her family decided to settle down after immigrating from the Philippines. She was educated in Seattle Public Schools before attending Whitman College in Walla Walla, Wash. where she graduated with a Bachelor of Arts in Sociology and minors in Psychology and Film and Media Studies.

Ari’s passions are rooted in giving back to the community that she grew up in, more specifically in working with young people who have the same shared experiences as her. After college, she moved back to Seattle and worked at Amara, a nonprofit that works with youth in foster care. At AGE UP, she gets to work with young people based in her community, run workshops and programming based on various social justice issues, and play and coach her favorite sport, ultimate.

When she’s not playing or coaching ultimate, she’s either cooking and eating good food, surfing, scuba diving, or binge watching some television show with a strong female lead. 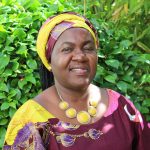 Francoise is from the Democratic Republic of the Congo and speaks fluent French, Swahili, English, and Lingala. She graduated in Social Organization from the Rural Development Institute of Bukavu in the Congo. Her experience includes teaching literacy to indigenous people in rural areas and four years in a women’s training center, empowering women to become leaders in their communities, and working with girls who were unable to finish high school because of financial difficulties.

Unfortunately, because of war breaking out in the Congo, she sought asylum in America. She sought out work in social and human services, but it proved to be very difficult due to the lack of work experience in America. This was why she went back to school and earned her bachelor’s in Applied Behavioral Science from Seattle Central College.

In the United States, Francoise has worked at YWCA, helping homeless women from their shelter to have sustainable housing while supporting CIN’s mission of helping Congolese Refugees and immigrants to integrate into American society, which is the organization she is placed at through the RVC CI Fellowship. 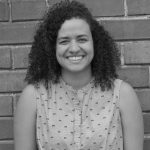 Débora da Silva Oliveira is an experienced bilingual educator, with a huge love for the great outdoors and to make it accessible for everyone, especially underrepresented communities of color and immigrant communities. She has worked in education, most recently with preschoolers in an outdoor program in the Seattle area, as well as in community engagement, program development, and advocacy through the lens of racial equity and cultural humility in nonprofit, language schools, and government settings.

Débora has a bachelor’s in Linguistics and Teaching, specializing in Portuguese as a Second Language from the University of Brasilia in Brazil, and a Master of Arts in Education with a concentration in Urban Environmental Education from Antioch University, Seattle. She has worked in the intersection of language instruction and social justice both in Brazil and in the United States for the last 10 years.

She is all about community, equity, and collective liberation and those things have informed her life as an anti-racism educator, artist, and social justice activist. 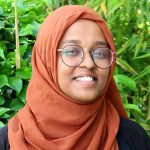 Naima Shaltu recently graduated from the University of Washington Bothell and has been a passionate community organizer and advocate within her community through various organizations and projects. She has especially been passionate about helping and supporting her community through youth development — through art, as she is an artist herself. She recently started a project called RISE UP — Resilience Involving Student Empowerment through Uplifting Poetry. She also started a page called, “Story of a Hijabi,” which is dedicated to changing narratives, honoring underrepresented voices and work, and learning life lessons through the power of storytelling.

She is currently working with East African Community Services as an Operations Manager through RVC’s CI Fellowship. She is excited to continue doing community building work within South Seattle. 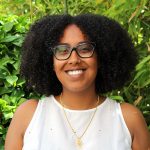 Fundisha was born and raised in South Seattle. She grew up always being involved in her community and having the privilege of growing up with parents, mentors, friends who led by example. She knew at a young age that whatever she does in life is going to involve uplifting and connecting folks.

After high school, she moved to DC and attended Howard University where she studied sociology. She has lived in Houston, which was a growing experience that allowed her to explore all types of work — but she always knew she wanted to get back into nonprofit.

Since coming back to Seattle, she’s jumped right back into volunteering and getting more involved with her community and remaining true to her passion and purpose. Over the years, her network has grown tremendously and since starting this fellowship, she has been reaching out and using all of her resources even more. She finds that it’s so rewarding to currently do the work she’s always wanted to do, in the community she grew up in, working with folks with similar passions! 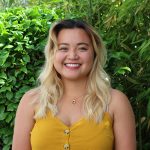 Uyen is a 1.5 generation Vietnamese American. She is passionate about providing equitable access to underserved communities, developing leaders of color, and fostering collaborative relationships. She grew up in Houston, Texas, so as a Seattle transplant, she’s constantly searching for opportunities to learn from and impact the local community.

Her love for nonprofit work stems from her operations and HR experience with various nonprofits where she implemented systems to increase organizational effectiveness, facilitated community involvement in grassroots campaigns, and trained developing nonprofit leaders. Uyen attributes her knowledge and experiences to the influences of passionate female mentors, and hopes to pay it forward by diligently supporting Powerful Voices.

In her free time, she loves spending time with her three cat babies and exploring the Pacific Northwest with her friends. 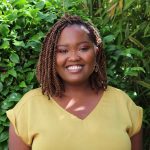 Shikū was born in Kenya and raised in South King County. She recently graduated from the University of Washington with a degree in public health. She got her start in the nonprofit work in 2012 when she helped to cofound a small NGO. She is passionate about community health and aims to grow her capacity building skills.

In her free time, Shiku enjoys running around Seattle finding the best food spots. She also loves listening to podcasts and reading books. 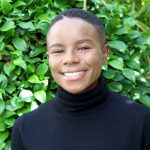 E.N. West, affectionately known as “E,” proudly hails from the DC Metropolitan Area, by way of Alexandria, Virg. E graduated from William & Mary with dual degrees in American Studies and Government. They came to the Pacific Northwest through a service program of the United Church of Christ, where they had the opportunity to organize faith communities in Seattle around housing justice. E deeply believes we are uninhibited when we know our power and is committed to co-creating a world where everyone intimately knows how powerful they are and utilizes that power toward collective liberation. 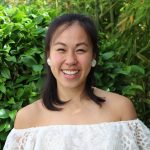 Tracey Wong is a second generation Chinese American (Gaginang) dancer, educator, and community event organizer. She was born and raised in Seattle, from neighborhoods like Beacon Hill, Chinatown–International District, and the Central District, which positively shaped her into the person she is today. Tracey takes pride in representing her city and wishes to inspire and cultivate community spaces that empower many, especially Womxn and POCs.

She is the Director of Malicious Vixens, an all-Asian American woxmn Seattle-based performance collective. Tracey enjoys traveling the world to share her dance and to exchange with others in hopes to bring inspiration back to her community from her experiences. She has founded many community dance events such as Queen of the Hill, an all-ladies dance event series and Punk N Funk, Seattle’s largest Waacking battle.

After dance events, you can most likely find Tracey sippin on boba in Chinatown–ID.