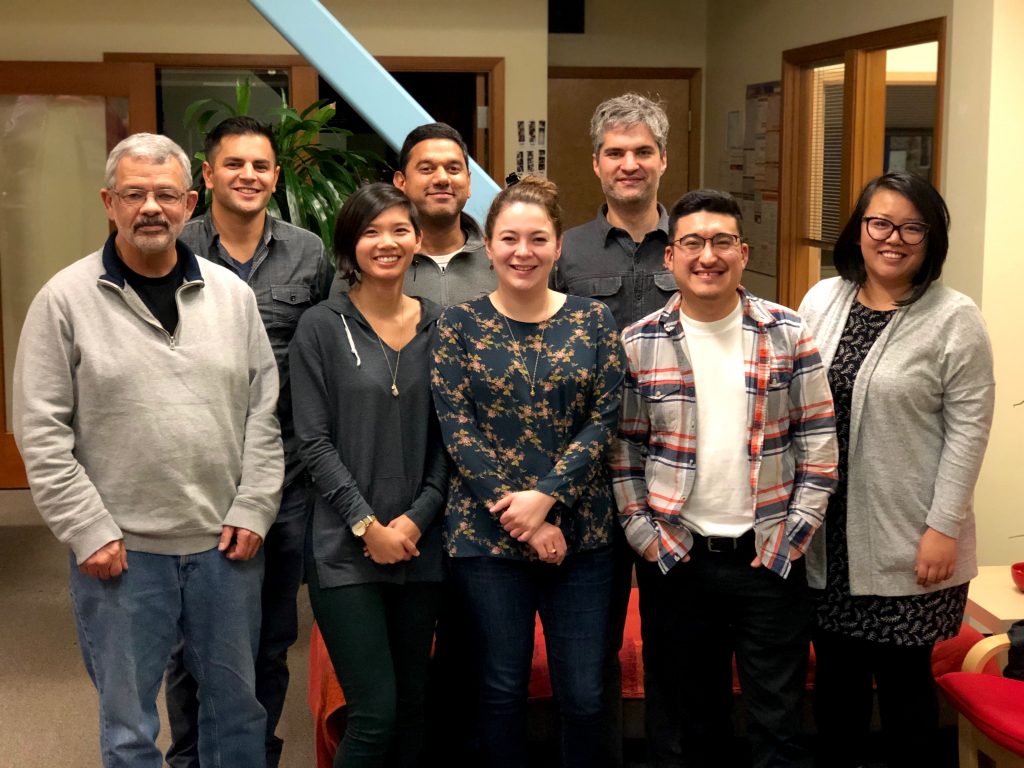 RVC is governed by a Board of Directors comprising of leaders from communities of color, funders, and other community activists:

Estevan makes grants to support efforts to reduce the influence of money in state and municipal politics. Estevan is an advocate for fair representation and racial equity in our political system. In 2015, he helped lead the Honest Elections Seattle campaign—the historic initiative to implement a democracy voucher program and create a floor for political voice in the city. Estevan previously worked as Development Director for Arts Corps and Social Justice Fund NW, and as Executive Director of the Youth Media Institute. He also served on the board of the Washington Bus and on the Seattle Arts Commission. He’s passionate about youth engagement, community organizing, and the diffusion of power. Estevan has been a longtime fan of RVC’s mission to increase the capacity of communities of color to affect systemic change.

Sarah is a native of Seattle whose interests lie in community empowerment and equity.  After graduating from Claremont McKenna College, she worked for Senator Maria Cantwell in Washington D.C.  Sarah moved back to Seattle to work as the Washington State Field Director for the Hillary for America Campaign. She currently works for Congressman Adam Smith as a District Representative for healthcare, education, technology, and civil rights issues. As an alumna of Teens In Public Service and the Washington Bus, Sarah sees the value of fellowship-type programs and the power that communities of color have to affect long-lasting change.

Miriam Zmiewski-Angelova is Choctaw, Cherokee, African American, and Ashkenazi. She is the President and Founder of 7th Generation Consulting, a Native woman owned consulting company providing professional and leadership development, content design and crisis intervention skills training to help build capacity in Native American communities. Miriam specializes in culturally tailored approaches to health-promotion and harm-reduction in women and adolescents and has over 10 years of experience in community-based prevention program development, facilitation and evaluation.