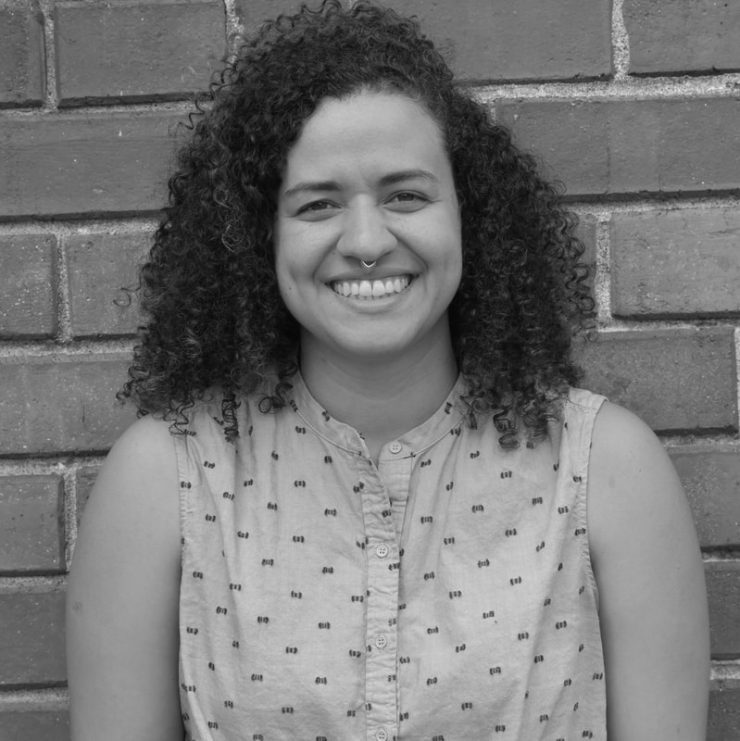 In the midst of pondering how to advance her career and goals, Débora Oliveira-Couch was encouraged to apply for RVC’s Community Impact Fellowship Program by a good friend of hers. In fact, her friend happened to take part in the first cohort of RVC’s fellowship program.

“While my friend recognized the challenges that came with being the guinea pig for the launching of a new program, she swore by the program and said that she’s where she’s at because of RVC. Knowing who I was, she thought it’d be important and that I would be very successful. It seemed like it was the right time in my life,” Débora states.

Débora is a current Fellow in RVC’s fellowship program and Development Manager for Seattle Music Partners (SMP). After spending the last few years working as a teacher and then an administrator for Tiny Trees Preschool, which utilizes outdoor classrooms and provides affordable education and nature-rich experiences, Débora was ready for a new set of challenges and tackling different types of problems, specifically serving communities of color.

RVC and its fellowship program places talented leaders of color like Débora in two-year, full-time positions at local grassroots organizations led by communities of color. The program is currently in its third iteration.

“The program has been wonderful. RVC is so strategic about its programming. There are so many skills to sharpen and we are given so much support and information to flourish. It’s a steep learning curve,” Débora explains. “It’s given me an opportunity to align what my heart and mind wanted. I wanted to be a more holistic professional.”

Débora, originally from Brazil, is an experienced bilingual educator, who received degrees in Linguistics and Teaching, specializing in Portuguese as a Second Language, from the University of Brasilia. She then received a Master of Arts in Education with a concentration in Urban Environmental Education from Antioch University in Seattle.

A few weeks into the Leadership Institute of the program, where the Fellows have opportunities to acquire skills and knowledge in nonprofit work, and in the midst of a big change in her life, Débora received unimaginable news. Her 23-year-old brother, Mateus, who had been battling cancer, passed away.

Building a community between Fellows and RVC

“The support I received from the other Fellows and RVC, who I consider my friends, has been incredible. I’m so grateful,” reveals Débora. “So many of the Fellows offered their PTOs so I could take more time off after my brother passed. I just feel wholly supported by both the Fellows and the folks at RVC.”

(Note: Débora would like to share a song that her younger sister Ana Clara, aka Clariinha, wrote to their beloved brother Mateus for his heavenly birthday [he would be 24]. Débora says, “Watch the video clip, be amazed by her voice, learn the most beautiful language in the world [Brazilian Portuguese], and share it. Also, please tell someone in your life that you love them.”)

Through her time with the fellowship program, Débora speaks of how she’s learned to not be so hard on herself, to be honest with herself and the people she works with, and to love the process of being pushed, through the program, to reach new heights in her career goals.

“In the midst of everything that was going on, I knew I was in the right place at the right time. I can say that with all of my heart,” Débora explains. “There’s so much knowledge and power in this cohort. It’s amazing the experiences we all bring from our past and how it connects us, not just with the Fellows, but with RVC’s staff and leadership team as well.”

Having completed the demanding curriculum of the Leadership Institute and diving deep into uncharted territory, she also brings with her a breadth of knowledge and experience in education, community engagement, program development, and advocacy through the lens of racial equity and cultural context. In short, Débora is driven by creating and bridging communities.

Her eventual placement into SMP, one of the host organizations for the fellowship program, gave her the opportunity to expand the technical skills involved in program development and communications in a nonprofit setting.

SMP creates a diverse and vibrant community by offering free after-school music lessons and one-on-one mentorship. It started out as a grassroots project in reaction to reductions in funding for music in Seattle’s elementary schools, which created a disparity in learning between students who had access to private music lessons and those who did not.

The vision for the organization was to eliminate racial and economic barriers to quality music education and to impact young people’s lives through opportunity, mentorship, and being a part of a passionate community.

Through RVC’s support of the fellowship program, Débora became the Development Manager for SMP. Her role involves working closely with her peers to support staff communications and planning out program development.

“I manage donor relations and donor stewardship, which means I have to budget the donations that are coming in. I am working on building systems and putting them into place, which involves a lot of forward-thinking,” continues Débora. “I am creating fundraising strategies and partnering with Executive Director Marlette Buchanan to figure out our grant writing application plans.”

Débora in addition has to document and analyze what’s been working and scope out what other organizations are doing with their program development. This involves asking a lot of questions and learning from the program’s past experiences. It’s cultivating partnerships with donors. It’s creating an annual development plan by reviewing revenue support, implementing fundraising strategies, and forecasting by analysis.

If that’s not enough, Débora is also currently helping to plan and organize SMP’s upcoming virtual fundraiser the week of April 24th. This fundraiser takes the place of their in-person gala, which unfortunately had to be postponed. The virtual event will serve to commemorate the organization’s 20 years of service.

Simply put, she’s learning on the job by creating opportunities for SMP.

“While I have experience in community engagement and education and supporting family services, this job has a lot of technical components to it,” states Débora. “I’m ultimately driven by the organization’s mission to bring music back to the Central District and make music accessible to everyone. We want systems in place to change the narrative through social justice and taking early steps to address these issues.”

Débora feels secure about where she’s at, despite dealing with her recent loss and career transition. Though the program and work is demanding, it’s given her a stronger sense of purpose and inspiration.

“At the preschool, there was only one other Black person on staff. Everyone was nice, but it was also hard. As stewards of nature, there was a lot of unchecked whiteness and white fragility. Being around that, you tend to burn out much quicker,” reveals Débora. “The last few weeks, it’s felt like natural steps, looking and gaining more clarity.”

Débora thinks about one day running for office. She ultimately wants to work with different communities and bridge those communities together. And she’s laying the foundation to do so.

And this emphasizes her vision to create vibrant and supportive communities. Whether it’s creating a community with her Fellows, with the staff at SMP (everyone on current staff has been there for less than two years), with the children and teachers through program development and budgeting to continue SMP’s services, or simply with a group of people to get through challenging and trying times, it’s what sustains and drives Débora.

“As a woman of color living far away from my home and family, I’m so fortunate to have an amazing support system. I’m married to a lovely man who’s been so supportive of my goals. And I want to carry on my brother’s legacy of love. Despite the challenges, I’m grateful because I feel like I’m in the right place.”